There is a Dutch supplier that has been encouraging illegal gambling on the poker circuit. This came to light after one unfortunate poker player was found cheating at an event to gain a high seat for the World Series of Poker Tournament. This player was able to do it through a unique method that almost had him not caught of his actions.

The supplier known for selling these cheating devices is known as “Gamble Romania”. They’ve been reportedly selling an array of different poker cards that resemble poker cards from various different casinos from around the world & the World Series of Poker. These cards aren’t just sold as a standalone product, they also come with contact lenses and an invisible earpiece which allows for you to look at other players cards with an unknown technology & allows for players to tune into the television broadcast in order to hear the hosts speak about the other player’s opportunities. 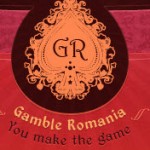 This is a highly illegal task that this company is taking on that’ll more than likely have other governments from around the world request that Romania arrest & have this company deceit of selling this product. A spokesman for the company has stated that they are able to modify can deck of cards so that players may have the advantage of winning when at the casino.

As of this point in time there is no word if this company will see their day in court. It seems that they’ll be able to continue operating as Romania hasn’t made any indication of stopping them from distributing this product.